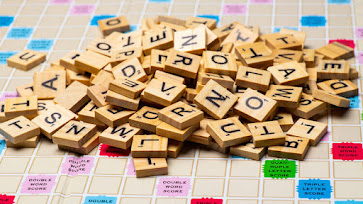 Many marketing and news commentators have talked about books and films of the year, person of the year, color of the year, and notable deaths of the year. However, let's not forget memorable words and terms of 2022.

DICTIONARY.COM
Word of the year was WOMAN, "one of the oldest words in the English language; one that's fundamental not just to our vocabulary but to who we are as humans. And yet it's a word that continues to be a source of intense personal importance and societal debate. It's a word that's inseparable from the story of 2022." During the Supreme Court confirmation hearing for Judge Ketanji Brown Jackson in March 2022, she was asked, "Can you provide a definition for the word 'woman?'" She responded, "Not in this context - I'm not a biologist." In addition, women in Iran led massive demonstrations and became TIME Magazine's Heroes of the Year. And last but not least, the 1973 landmark decision Roe vs. Wade was overturned in June 2022.

MERRIAM-WEBSTER
Word of the year was GASLIGHTING, defined as "the act or practice of grossly misleading someone especially for one's own advantage."

OXFORD DICTIONARY
Term of the year was GOBLIN MODE, defined as "a type of behavior which is apologetically self-indulgent, lazy, slovenly, or greedy, typically in a way that rejects social norms or expectations."

GLASSDOOR
Term of the year was RETURN-TO-OFFICE. Since many employees preferred working from home or working in a hybrid capacity, employers continued to have conversations with employees about returning to their offices. Calls for employees to be back at their desks were met with pushback.

MOST SEARCHED TERM ON GOOGLE
In both the United States and globally, the most-searched term was WORDLE, a five-letter guessing game owned by The New York Times. According to Google, its annual Year in Search examined "the moments, people, and trends that sparked our collective curiosity on the search platform," noting that Wordle was the "top trending search globally, as guessing five-letter words every day became a way of life."

WORLD HEALTH ORGANIZATION (WHO)
The WHO renamed monkeypox as MPOX because the disease's original name played into "racist and stigmatizing language." Both names will be used simultaneously for one year while monkeypox is phased out. According to NPR, "The one-year delay is necessary so that publications and records can be updated, and the delay should ease experts' concerns about potential confusion over renaming a disease that's currently causing an outbreak."

In addition, MERRIAM-WEBSTER added many new words this past year. Here are some that stood out:

*Pumpkin spice (thanks to Starbucks and competing coffee shops)
*Metaverse (thanks to Facebook, or Meta)
*Booster dose (thanks to the Covid pandemic)
*Video doorbell (thanks to home security systems)

And some terms were part of everyday conversations and news reports during 2022:

*Great Resignation: This term was coined by Anthony Klotz, a professor of management at University College London's School of Management, in May 2021. But the Great Resignation is an ongoing economic trend in which employees have voluntarily resigned from their jobs en masse, beginning in early 2021 in the wake of the COVID-19 pandemic.

*Quiet Quitting: an alternative to resigning. According to The New York Times, "It's a rejection of the idea that work has to take over your life and that you, as an employee, should be going above and beyond your role." While the term may be new, the behavior used to be called "presenteeism" and "lack of engagement." According to Marlene Chism, "It's a story about the unempowered employee and the giant corporation...The antidotes to quiet quitting is to face issues head on - to stop avoiding and start leading."

*Quiet Firing: when employers intentionally treat employees so badly that they will leave their job. Some examples include: being overlooked for meaningful tasks; lack of wage increases; decrease in communication/facetime with supervisors; workload at unmanageable levels; making work-life balance impossible to manage; and overall poor work environment.

As the famous writer Joseph Conrad wrote, "My task which I am trying to achieve is by the power of the written word, to make you hear, to make you feel - it is, before all, to make you see. That — and no more, and it is everything."

What words and terms will define 2023? We'll have to wait and see.