Marketing News of the Week: End of a Music Era, MLK Day, Pepsi, and the Super Bowl 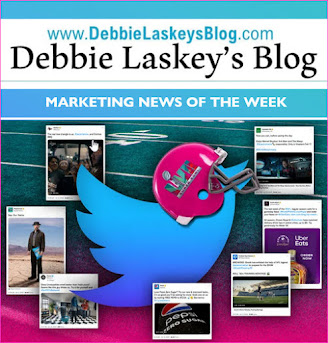 DEATH OF LISA MARIE PRESLEY
On the eve of last week's recap post, Lisa Marie Presley, the only daughter of rock and roll legend Elvis Presley, died in a suburb of Los Angeles. What made the news so shocking was that Lisa Marie was young, only 54 years of age, but her life had been full of heartbreak beginning with the death of her famous father when she was 9 years old, four marriages that ended in divorce, and the death by suicide of her only son in 2020. She will be buried at Graceland, Elvis's estate in Memphis, Tennessee, alongside her father, son, and other Presley family members. This week, according to the Los Angeles County coroner, the cause of death is unknown, and more tests have been ordered before making a determination.

CELEBRATION OF MLK DAY
Earlier this week, we celebrated the life of civil rights leader Martin Luther King, Jr. The third Monday in January has become known as MLK Day, and as Angelia Williams Graves wrote, "We must not reduce MLK Day to a day off or a quote on social media. Today, we celebrate the great Martin Luther King, Jr. and remember his legacy as we continue to advocate for equity, freedom, and voting rights. We're not there yet." The most impressive reports during the day's newscasts were of young people reciting the "I Have a Dream" speech in front of the Lincoln Memorial in Washington, D.C., and sharing their thoughts as to the speech's meaning.

Some people used the day off from work as an opportunity to volunteer for their favorite charity or learned about a new nonprofit to support.

PEPSI RETURNS TO SUPER BOWL
Pepsi announced that it will promote its zero-sugar soda in its first Super Bowl ad in three years. The revamped flavor relies on a different sweetener system, resulting in a product that consumers found more refreshing, according to early testing.

TWITTER AND SUPER BOWL 57
Speaking of the upcoming Super Bowl, marketing pundits wonder how the Twitter chaos will impact Super Bowl advertising. Twitter is usually a no-brainer for Big Game advertisers, but this year is different under Elon Musk's ownership. Will advertisers show up on Twitter? Will people follow the conversations about the ads on TV in real time as in years past? Or, will Twitter be invisible during the Big Game? I guess we'll have to log in to see what happens.