2022 Was the Year of #BrandIdentity Changes 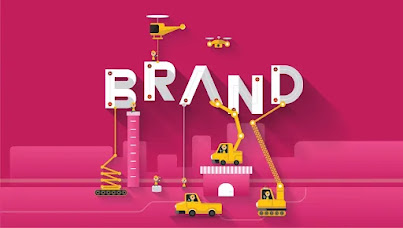 Was your brand in the news during 2022? If not, don’t despair. There were many other brands that made headlines during 2022.

Here’s a recap of 35 interesting brands that either reappeared, rebranded, changed their logo, changed their name, co-branded, formed an interesting partnership, created a unique hashtag to match a campaign, changed iconic packaging, or in some other way made branding news during 2022.

*The television show that made creator Dick Wolf a household name and started a franchise of shows beginning in 1990, LAW & ORDER, returned with its first series. After an 11-year hiatus, the 21st season premiered with two original cast members, and New York City was again featured prominently in weekly episodes. According to Susan Rovnar of NBCUniversal Television, “Law & Order is quite simply one of the most iconic shows in television history, and the idea of continuing its legacy and partnering with Dick on an all-new season is nothing short of exhilarating. This is great news for NBC as well as TV fans everywhere.” (February 2022)

*The Washington football team finally chose a new name. As Co-CEO Dan Snyder explained, “As we kick-off our 90th season, it is important for our organization and fans to pay tribute to our past traditions, history, legacy, and the greats that came before us. We continue to honor and represent the Burgundy and Gold while forging a pathway to a new era in Washington. Today may mark the first day for the Washington Commanders, but we are and always will be Washington.” The final name selection ended an 18-month search after the team dumped its old name, the Redskins, in 2020, after a half-century of pressure from Native Americans. (February 2022)

*Facebook shifted its strategic focus to building an immersive version of the Internet that it calls the “metaverse,” and changed its name to Meta. As a result, employees formerly known as Facebookers became Metamates. (February 2022)

*KFC partnered with TikTok to fight hunger across the United States. The partnership developed a fund with the aim to give away half a million dollars in cash grants to nonprofits fighting hunger across the country. The campaign used the hashtag #KentuckyFriedGivingChallenge and was TikTok’s first-ever grant program to benefit nonprofits. (February-March 2022)

*Coors Light announced that it would ditch the plastic rings on its six-packs and replace them with an environmentally friendlier option. Beginning later in 2022, the beer cans will be packaged in cardboard wrap carriers that are recyclable and sustainably sourced. (March 2022)

*Stolichnaya vodka announced a rebrand and would be sold and marketed as Stoli. In 2020, the founder was exiled from Russia due to his opposition to Russian leader Putin, and the vodka’s production facilities moved to Latvia. (March 2022)

*Minnie Mouse exchanged her timeless and familiar red and white dot dress for a dark blue pantsuit with black stripes and polka dots, a new outfit designed by British designer Stella McCartney. Announced by Disneyland Paris in January 2022, the wardrobe change would be part of the French theme park’s 30th anniversary – and would be worn by Minnie during March in honor of Women’s History Month. (March-April 2022)

*CNN+, the cable news network’s streaming platform, shut down one month after its launch. The shutdown of the service followed a merger between Discovery and CNN’s parent company WarnerMedia that formed Warner Bros. Discovery. (April 2022)

*The parent company of Facebook and Instagram took on a new role as a brick-and-mortar retailer with the launch of the first Meta Store on its campus in Burlingame, California. At the store, customers and employees could demo products and try apps. (April 2022)

*Starting in late 2022, IKEA announced that it would sell solar panels. The line of home solar products is a result of a collaboration between IKEA and SunPower, a California-based solar company. (May 2022)

*While Juneteenth is now a federal holiday, some brands are selling products to commemorate that day. Walmart tried to sell Juneteenth ice cream and learned the hard way – bad publicity – that it was a bad idea. According to Christina Ferraz, founder and head consultant of public relations agency Thirty6five, “There were several missteps with this. When you collectively look at all these missteps – the branding, the marketing, the visual rhetoric – you understand that there weren’t Black creatives in the room that had a voice at the table.” (June 2022)

*Kellogg split its company into three separate companies. The snacks portion of the company became Global Snacking, which accounted for 80 percent of all sales, and was based in Chicago. The cereal business, which accounted for 20 percent of sales, formed North American Cereal, and the plant-based food division was tentatively named Plant Co. Those two businesses were based in Battle Creek, Michigan. (June 2022)

*Kraft Macaroni & Cheese announced that it would have a new name: Kraft Mac & Cheese. Three syllables were dropped from the name. The logo was redesigned, the same colors were kept on packaging, but a “noodle smile” was added. (June 2022)

*Turkey will now be known as Turkiye at the United Nations. (June 2022)

*Even though toy brand Toys R Us filed for bankruptcy and closed all of its 800 stores in the United States four years ago, it opened shops in every Macy’s in America this year. (July 2022)

*Mattel’s Barbie and Habitat for Humanity partnered to celebrate the 60th anniversary of the Barbie DreamHouse to complete 60 projects around the world. According to Mattel, “Together, we’re giving real families real houses, and fulfilling dreams.” The campaign’s hashtag was #BarbieDreamHouse60. (August 2022)

*As the country of New Zealand confronts its troubled past with colonization and denying the Maori people their rights, a petition collected more than 70,000 signatures to change the island nation’s name to Aotearoa. (August 2022)

*With all the chaos in Russia as a result of the war in Ukraine, Starbucks and many other brands pulled their business out of Russia. Once Starbucks left, another company entered in its place: Stars Coffee. In addition to the similarity between the names, the logo and menu were also nearly identical. (September 2022)

*A new M&M chocolate candy character was introduced. The purple peanut M&M was the first new character in 10 years. According to Jane Hwang, Global Vice President, “Purple has been in the works for a very long time, for years. This was about ensuring the entire crew, the entire cast of spokescandies, were reflecting the world that we’re living in…Purple has a specific personality: quirky, confident, and just a little awkward. Her debut comes with a song, ‘I’m Just Gonna Be Me.’” (September 2022)

*While there were many brands associated with Queen Elizabeth II, throughout her life, she was pictured behind the wheel of a Land Rover. The Land Rovers weren’t just ceremonial cars, but they were the cars that the Queen and Prince Philip drove themselves on their estates. (September 2022)

*Charles, formerly Prince of Wales, kept his name when he became the British monarch (like his mother, Queen Elizabeth II, did) and became King Charles III. According to Keith Roy, a spokesperson for the Monarchist League of Canada, “He’s quite comfortable in his own skin, his own name, and his own identity. His own reputation is strong enough that he can maintain his name.” (September 2022)

*President Joe Biden declared the covid pandemic “over” in a Sixty Minutes TV interview, but his covid team explained that it was more complicated. Many people still refuse to get vaccinated, and there is widespread covid fatigue. (September 2022)

*Barilla Pasta was sued in a class-action lawsuit because it allegedly misled consumers that it was from Italy and made from ingredients sourced from Italy. The brand’s products feature the tagline on their label with the Italian flag: “Italy’s #1 Brand of Pasta.” It turns out that the pasta products come from Illinois. (October 2022)

*Frontier Airlines dropped its customer service toll-free phone line. Customers would have to rely on other forms of contact including a chatbot on its website, a live online chat available 24/7, and its social media channels. (November 2022)

*Lena Horne became the first black woman to have a Broadway theater named after her. The former Mansfield Theatre now bears her name. (November 2022)

*KIA launched a redesign of its logo, but unfortunately, it was unreadable, and according to Google, 30,000 people a month search for “KN.” (November 2022)

*The French baguette was added to the United Nations cultural heritage list. Due to the bread’s new status, the French government plans to create a baguette day to connect the French with their heritage. (November 2022)

*Users, advertisers, and brands are leaving Twitter in record numbers due to Elon Musk’s purchase of the platform, crazy policies, and lay-offs. (October 27, 2022-end of 2022)

With all these changes, one wonders if brands that don’t make changes have staying power. Do logos need to be refreshed every so often? Do brand names need to change every so often? How do these changes impact brand equity and customer/fan/stakeholder recognition? These are important questions to consider before making any strategic branding changes.

What brand will make brand identity news during 2023? Another brand identity recap will appear here on this blog in January 2024 – only a year to go!