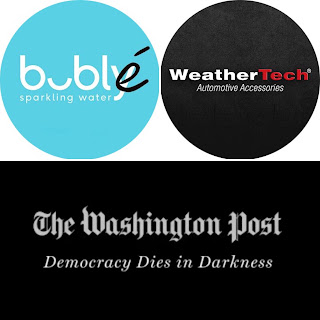 Super Bowl 53 will go down in the history books as a low scoring game, and as far as the accompanying ads go, well, no ad rivaled the pomp and circumstance of Apple’s 1984 ad, and no Tweet made as much of an impression as Oreo did during the 2013 big game's power outage.

However, with a staggering cost of “$5.2 million for 30 incredibly short seconds,” is it possible for a brand to tell its story effectively and memorably? Can YOU recall any of the ads?

While noted in my post last year, this quote from Landor Associates is worth repeating:

"Here are three tips to help you, your dad, or even your football-crazed grandma decide which brands scored a touchdown with their commercials: Is the ad on-brand? Will you remember the brand tomorrow? And, does the ad speak to the times?"

During the game, Jim Joseph (@JimJosephExp) hosted his annual #SuperBowlExp party on Twitter (minus chips and guacamole). Although it's always fun to see what fellow branding and marketing pros say about the ads in real time, there are a couple of challenges. First, some ads run in regional or local markets, so there were some instances that Tweets referenced ads I didn’t see. Second, there are so many hashtags that draw attention to the ads that it’s sometimes a challenge to keep up – for instance, #BrandBowl, #AdBowl, #SuperBowlAds, and #KelloggBowl led by Northwestern University’s Kellogg School of Management.

This year, many brands and brand icons were noticeably absent, including Oreo, Coca-Cola’s polar bears, Chrysler, and Tide. And according to Tim Calkins (@TimothyCalkins), Professor of Marketing at Kellogg, "Brands generally stuck to a lighter tone than in previous years, avoiding political messages and focused on either humor or uplifting themes."

Without further ado, here were my five favorite ads:

MICROSOFT: This ad focused on inclusion with its tagline, "When everybody plays, we all win." Nothing more need be said as to the power of this ad’s message. However, one thing to note, with Microsoft’s domination of the tech industry, was this ad off brand?

BUDWEISER: As a fan of this brand’s Clydesdales and Dalmatian, I am always thrilled when they appear in the big game’s advertising. (Who can forget the ad following September 11 featuring the Clydesdales that only ran once? You can watch the ad here: https://youtu.be/LyP0JsyvYnA.) This year’s ad focused on clean energy and wind turbines – and how they can be used to produce beer.

WEATHERTECH: This brand is known for its American-made mats for cars and trucks, but now, it has entered the pet product arena. This ad announced its pet care line, and while a possibly strange line extension, remember that many customers are truck owners. Who doesn’t recall that ad of long ago "Dogs love trucks?" (You can watch the ad here: https://youtu.be/_aYZrvG5BkY.)

BUBLY: This ad provided some humor to a slow-moving game. The name of the product was similar to the celebrity pitch man, Michael Bublé. He happily changed the spelling on the packaging – but he should have added his signature singing voice to the ad.

WASHINGTON POST: Politics finally appeared in the ad from this brand, but despite anyone’s political opinion, the message was something everyone can agree on, "Because knowing empowers us. Knowing helps us decide. Knowing keeps us free. Democracy dies in darkness."

And lastly, Jacques de Cock, a faculty member at the London School of Marketing, said the game will have been watched in half of US households.

"The Super Bowl is a phenomenon unsurpassed in the world. It is one of the few national social events, which is also why social media traffic during the game is so high...What is also remarkable is that advertising is not viewed as something to skip, but is seen by 77 percent of viewers as part of the entertainment and therefore more watched and engaged with than any other television advertising during the year."

So, are you counting the days to Super Bowl 54, scheduled on February 2, 2020, in Miami Gardens, Florida? Or will you simply tune in to watch and critique the ads either on TV or on your mobile device?