My Amazing Dinner Party of 15 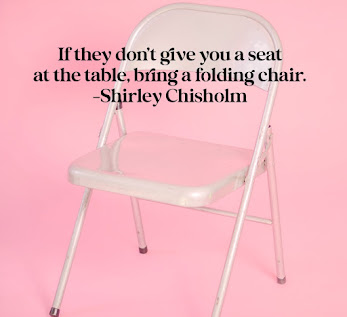 With Queen Elizabeth II’s unique accomplishment of a 70-year reign and the Platinum Jubilee celebrations now a part of history, I wondered what it would be like to enjoy afternoon tea with Her Royal Highness. Then I began wondering about having dinner with her, which led me to think about the question some ask during an interview, “If you could dine with five people, who would you choose, and why?” Upon much thought, my dinner table would include 15 seats plus me, so here are the 15 people in my dinner party.

Queen Elizabeth II: No words are really needed as to why she would be a guest at my table, but I would definitely ask her about all the Prime Ministers she has worked with – especially Winston Churchill and Margaret Thatcher. I would also ask her about her many international travels and ask which was her favorite trip during her 70-year reign.

Bertie Green: Born in the 1870’s, my great-grandmother passed away 16 years before I was born, but my middle name was given to me in her memory. In an era when women remained in the background, she was a passionate supporter for women’s equality, who, in the early years of the 20th century, fought for women’s suffrage. She met with groups of women and advocated for women’s right to vote.

Sandra Day O’Connor: As the first female Supreme Court Justice, O’Connor is a hero in the fight for equality for women. She graduated in the top ten percent in her law school class at Stanford University but was unable to be hired for any law firm job due to her gender. She found employment as a deputy county attorney in San Mateo, California, after she agreed to work for no salary and no office and shared space with a secretary. I was lucky to see her in person in a Q&A many years after she retired, but the ability to speak with her about her experiences on a one-on-one basis would be priceless.

Ruth Bader Ginsburg: As the second female Supreme Court Justice, Ginsburg was an inspiring advocate for women’s equality. While her politics were diametrically opposed to Justice O’Connor’s, the two demonstrated how two people with different perspectives could work together harmoniously. Later in life, Ginsburg became a cultural icon known simply by her initials, RBG, yet her ability to inspire never wavered.

Susan B. Anthony: According to the National Women’s History Museum, “Champion of temperance, abolition, the rights of labor, and equal pay for equal work, Susan Brownell Anthony became one of the most visible leaders of the women’s suffrage movement. Along with Elizabeth Cady Stanton, she traveled around the country delivering speeches in favor of women’s suffrage…In 1872, she was arrested for voting. She was fined $100 for her “crime.” This made many people angry and brought national attention to the suffrage movement.” I would ask her to talk about her inspiration for the amazing work she did.

Eleanor Roosevelt: While she was the longest-serving first lady of the United States during her husband Franklin Roosevelt’s four terms, she was also a diplomat (appointed by President Truman to the United Nations). Beginning in 1936, she wrote a daily syndicated newspaper column called “My Day.” She was a sought-after speaker and advocated for child welfare, housing reform, and equal rights for women and racial minorities. I would ask her to talk about her inspiration for the amazing work she did.

Jackie Robinson: Since I come from a family of Dodgers fans (both Brooklyn and Los Angeles), Robinson is known as a hero for his baseball abilities as well as his off-field personality and composure. He was the first black player in major league baseball and, while the Dodgers family supported him in the late 1940’s, others in the baseball world did not. I would ask him about how the world of baseball changed from 1947 to when he retired in 1956 – as well as his thoughts about the annual Jackie Robinson Day, when all major league baseball players celebrate the date of his debut every April 15.

Shirley Chisholm: I have always held Chisholm in high regard. She was the first black woman elected to the U.S. Congress and represented New York's 12th Congressional District for seven terms from 1969 to 1983. Her quote, “If they don’t give you a seat at the table, bring a folding chair,” has been front and center in my life as I have taken risks, “leaned in” as Sheryl Sandberg suggests, and given 110 percent. There have been times when the risks paid off as well as times when they have not – and I would discuss both with her.

Hillary Clinton: As the first female presidential candidate for a major American political party, Clinton’s experience cannot and will not be repeated. She set the stage for all who follow – and for the woman who eventually becomes the first woman president. Since much of her experiences were documented in her book entitled, What Happened, I would ask her to pick any highlights she wished to share. My questions would follow.

Meryl Streep: Her film career has spanned decades and shows no sign of slowing down. From her depiction of a divorced mom in “Kramer vs. Kramer” to a mother with an impossible choice in “Sophie’s Choice” to a terrible boss in “The Devil Wears Prada” to famous suffragette Emmeline Pankhurst in “Suffragette,” Streep has demonstrated why she’s the actress every director wants. I would want to discuss these roles and more and ask which she’s enjoyed most.

Eero Saarinen: A fan of architecture, I would want to discuss some of Saarinen’s most unique works, such as, the Gateway Arch in St. Louis, the TWA Terminal at JFK Airport in New York, and Dulles Airport in Washington, D.C. Saarinen’s life was cut much too short, so he did not see everything he designed come to fruition, but I would want to discuss his entire body of work with him.

Barry Manilow: This singer-songwriter and entertainer has been around for decades. Sitting at a piano, he would add some music to the dinner party – all tunes that everyone would recognize and possibly sing along to. I’d want to discuss his favorite songs with him.

Lucille Ball: One of the first female comedians to make her mark in Hollywood, Lucille Ball has become an icon. Her sense of timing was flawless, and she never cared who got the laugh, as long as the audience laughed. Her show “I Love Lucy” has become timeless, as have many storylines from the show. I’d want to discuss her thoughts when the episodes featuring the little chicks and burning nose were filmed before LIVE audiences - and many more.

Walt Disney: Developer of the modern American theme park, Walt Disney branded family entertainment in a way that no one before or after has improved upon. When you walk through the entrance of a Disney park, you have a special feeling of happiness that you experience nowhere else. Sure, there are numerous other Disney creations, such as, animated cartoons, movies, retail stores, clothing, etc., but it is the theme parks that most people associate with Walt Disney. I’d want to discuss the evolution of the theme parks with him.

Would you want to be a waiter, chef, or sommelier at my dinner party? Who would you choose to dine with if you could choose anyone from history or the modern era?