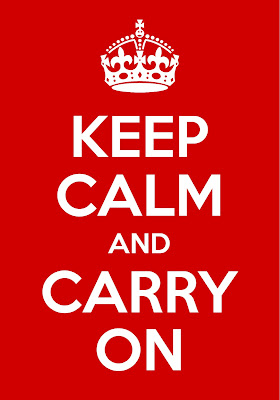 As the United Kingdom, the Commonwealth countries, and the entire world celebrate Queen Elizabeth II’s Platinum Jubilee from June 2 to June 5, there are five personal branding tips we can all learn from Her Majesty.

First, a little context and history. According to JM Bullion, “Queen Elizabeth II was born April 21, 1926, in England. Her parents were Prince Albert, Duke of York, and Lady Elizabeth Bowes-Lyon. When her uncle Edward abdicated the throne, her father became King George, and Elizabeth, who had no plans of ascension, was heir to the throne. By 1951, her father’s health began a sharp decline, and in 1952, he died. On February 6, 1952, the 25-year-old Elizabeth Alexandra Mary Windsor acceded to the throne. Her reign has become the longest reign in history, spanning two centuries, ensuring a link between generations that see her as an enduring symbol of stability and tradition.”

According to Forbes, “Under the gold and the pomp, behind the palaces, the brooches, tiaras and the hats, everyone feels that Elizabeth is a woman almost like the others, loving country life more than anything, with her old scarves, her dogs, and her family, even if a little dysfunctional. Like everyone else, she has faced ups and downs, joys, and dramas, approaching the vicissitudes with exemplary self-control. Her Platinum Jubilee celebrations will be, given her frailty, her last big show of pomp, pageantry, lavishness and ceremony.”

So, what can we learn about personal branding from, perhaps, the most famous woman on the planet? Check out these five tips.

KEEP CALM AND CARRY ON
The meaning behind the slogan is why it is loved. “Keep Calm” means to remain level-headed in times of crisis. “Carry On” means to act normal and rise above the bad times. Originally featured in posters created by the British government during World War II, the phrase has been embraced since it was rediscovered in the early 2000’s.

Queen Elizabeth maintains a confident exterior. She does not show fear or uncertainty. Wherever she goes, whether to a charity function in London or on an international journey, she presents an appearance of professionalism and dedication to her role.

WORK WITH OTHERS
The Queen leads a Commonwealth of 54 nations. She has a ceremonial seat in Parliament. She meets with the British Prime Minister on a regular basis. And she has met with countless international leaders including 12 American Presidents. She has set an exemplary example of teamwork and collaboration.

DRESS THE PART
The Queen always wears bright colors and memorable hats. In this way, she stands out in a crowd. While this is done for security purposes, it also allows fans and constituents to easily see her to wave and show their support.

BE CONSISTENT
The Queen champions the same causes and patronages and attends the same events every year. People know that they can count on her support, her kind words, her appearances, and her in-person smiles.

DETERMINE HOW YOU WANT TO TELL YOUR STORY
The Queen knows how she wants to tell her story. Over the last 70 years, she has controlled her narrative. There have been black marks on the Royal Family including the breakup of Prince Charles’ and Prince Andrew’s marriages, but there have also been highlights, such as, four generations alive at one time representing the line of succession (Prince Charles, Prince William, and Prince George). While she has a “Royal Palace” that provides statements to the press/media (and many of us do not have this public relations luxury), we can still control our own narrative.

What other personal branding tips can we learn from this inspiring leader?