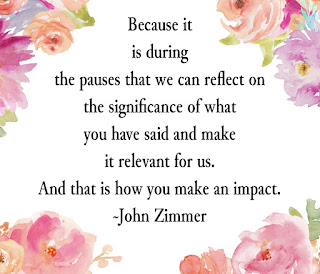 To quote Matthew Kobach (@mkobach), "Twitter is a key that unlocks thousands of doors, some of which you never even knew existed." As a member of the Twitterverse for almost 13 years, I always enjoy meeting new people and learning from them. I recently connected with John Zimmer and invited him to appear here on my Blog in a Q&A format. Highlights of our conversation follow a brief introduction.

John Zimmer is an internationally-recognized speaker and expert on public speaking and presentation skills. Originally from Canada and now living in Switzerland, he gives keynotes, moderates events, and helps companies, organizations, and individuals communicate more effectively. Before becoming a full-time speaker, John worked as a lawyer for a major Canadian law firm, the United Nations, and the World Health Organization. John is a 9-time District champion of Toastmasters public speaking contests; a TEDx Speaker; and the co-creator of Rhetoric, The Public Speaking Game, the world’s first public speaking game. In addition, John writes a popular blog about public speaking, Manner of Speaking (www.mannerofspeaking.org), one of the leading blogs in the field of public speaking, presentation skills, and communication. Connect on Twitter @ZimmerJohn.

QUESTION: On your blog, you wrote a wonderful post entitled, "Three Lessons from the Island of Corfu." It was appropriately themed for your area of expertise, public speaking, because you emphasized "knowing your audience." What were some of the other key take-aways?

JOHN ZIMMER: I always look for insights and inspiration from unlikely sources, so the three lessons were drawn from a dinner reservation, a Greek salad, and two kittens. People can read the post for the full details, but the key take-aways include the power of simplicity in a presentation, the importance of great content, and perhaps most importantly, the fact that there is room for you to speak in public. Many people think that to be able to speak in public, you must be an extrovert or have a certain type of style. Nothing could be further from the truth. Everyone is unique; embracing that uniqueness will help you be authentic on stage. As Oscar Wilde said, “Be yourself, everyone else is already taken.”

QUESTION: What are the three most common mistakes people make when giving speeches?
JOHN ZIMMER: There are a lot more than three, and it varies from person to person. Nevertheless, here are three that I see often:

(1) Trying to convey too much information. This usually results in confusion and lack of clarity. You are much better off saying less but saying it well.

(2) Speaking too quickly on stage. I understand that the adrenaline is going, and people get nervous. I still get a bit nervous after all these years. But you need to slow down and pause from time to time so that the audience can keep up with you.

(3) Terrible slides full of text. I don’t think I need to say much more on this point because we’ve all seen it.

QUESTION: How can people overcome the three most common mistakes when giving speeches?
JOHN ZIMMER: My advice below relates to each of the points in the previous question.

(1) Start by being clear as to the message you are trying to convey and why the audience should care. List all the possible things that could support the message, but then limit yourself to the most important. Don’t try to cover everything. If there is more that the audience needs to know, tell them and then say that, in your talk, you will discuss two (or three or four) things of particular importance. Remember that a presentation is not the same thing as a detailed document - they have different purposes.

(2) Become comfortable with silence when you are on stage. This means that you must learn how to pause for a few seconds now and then. Especially after you make a key point. Pausing while speaking has two powerful benefits. First, you look good to the audience. The Iranian poet Rumi said, “When I am silent, I have thunder hidden inside.” You are not going to be intimidated by the silence or by the fact that everyone is looking at you - people will respect that. Second, when you pause, you give the audience a chance to think about and digest what you have just said. If you speak too quickly, your ideas become pressed up against each other and it is harder for the audience to follow you.

I have written about the importance of pausing when speaking in public, when to do it, and how to do it in this post entitled, "Pauses in a speech: Why, when and how - Manner of speaking."

TWEET THIS: Because it is during the pauses that we can reflect on the significance of what you have said and make it relevant for us. And that is how you make an impact. ~@ZimmerJohn #DebbieLaskeysBlog

(3) Most slides should be like the sign beside the highway as you are driving along at 100 kph (62 mph). You have about three or four seconds to look at the sign, get the information you need, and get your eyes back on the road. It’s the same with slides. The audience should be able to look at the slide and understand it quickly and then refocus on you. If you put too much information on the slide, you force the audience to make a choice: it’s either you or the slide. So less is more. Give each idea its own slide. And never use slides as your speaking notes! If all you are going to do is read your slides, you can save us all time by turning the slides into a PDF and sending them to us.

QUESTION: Which three people alive today inspire you with their public speaking presence, word choice, delivery, knowledge, etc.?
JOHN ZIMMER: I am going to cheat with the first one because he only passed away recently: Sir Ken Robinson. He was a gifted educationalist and speaker. Everyone should watch his first TED Talk on how schools kill creativity from 2006. He does not move about; he does not use slides. However, he enchants his audience with his stories and insights, his wisdom, and eloquence. And Robinson had a wonderful self-deprecating humour.

Another person whose speaking abilities I admire is Christine Lagarde, the President of the European Central Bank. She is a gifted communicator both in French (her mother tongue) and English. She speaks with passion, eloquence and conviction.

Finally, and this has been said by others many times, Barack Obama is a great speaker. I particularly appreciate his willingness to speak slowly and to pause (see above).

QUESTION: What is "Rhetoric – The Public Speaking Game?"
JOHN ZIMMER: Rhetoric – The Public Speaking Game is a board game that I co-created with Florian Mueck. We know that for many people, the mere thought of speaking in public can get their hearts pounding. So we set out to create a game that would help players improve their public speaking skills and have fun in the process. We designed RHETORIC to be a simple, engaging, and educational board game.

Players step onto the stage and embark on a rhetorical journey during which they encounter different speech tasks. In each round, players roll the die and move their figures to the corresponding space where a one-minute speaking task awaits them. They might have to draw a card or be asked a question. There is a physical game and an app version. The great thing about the app is that there are different themes, and you can play six languages (so far): English; French; Spanish; German; Russian, and Catalan.

For more information about RHETORIC, you can visit: http://rhetoricgame.com.

QUESTION: When I was in graduate school two decades ago, a guest speaker did something memorable. He taped a ten dollar bill to the wall at the front of the room. As people entered the room, their eyes were drawn to the money, and everyone wondered why the bill was on the wall. Once the speaker began his presentation, he explained that there was a typo in one of his slides, and the first person to catch the typo would get the ten dollars. Everyone paid attention to the presentation and read the slides. And one student got the ten dollars. What are some secrets you'd like to share?
JOHN ZIMMER: I like that story, although I wonder how many students were paying attention to the lecture and how many were just looking for the typo! Here are three tips:

(1) If you have slides, try to position your laptop in front of you and in presenter mode. That way, not only do you see the slide that is on the screen behind you, but you also see the next slide. And so you do not need to turn around when you advance the slides. It looks very smooth and professional.

(2) When you can control the speaking situation, never end with Q&A because you don’t know what questions you are going to get or whether they will be of interest or relevance to the audience. Instead, have the Q&A before you conclude. When you have covered everything, say something like, “Now, before I conclude, I am happy to take any questions.” In this way, you signal to the audience that you still have something to say. When there are a few minutes left, stop taking questions and give your conclusion. In this way, you leave the audience with the final words that YOU want them to hear.

(3) Arrive early and walk the stage. Get comfortable with it. If there are areas where the stage creaks or the lighting is poor, use tape to mark those spots off so that you avoid them. The audience won’t notice the tape, but you will. Also, test the sound equipment and remember that the technicians – if there are any – are your best friends. Introduce yourself, and make them feel like they are part of the team, because they are!

My thanks to John for sharing his communication insights and for appearing here on my Blog.