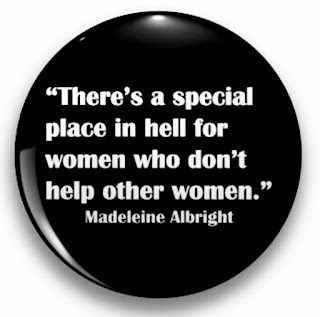 By now, the news that Madeleine Albright passed away has traveled all around the world. While we still mourn a talented diplomat, among other accomplishments, there are many personal branding tips we can learn from this esteemed leader.

Madeleine Albright was born Maria Jana Korbelova in Prague, Czechoslovakia in 1937. Diplomacy was always a part of her family because her father worked for the Czech government in Belgrade, but after the Nazis invaded her home country in 1939, the family fled to London, and eventually, to the United States.

BE THE FIRST
President Bill Clinton offered Albright the cabinet-level role as Ambassador to the United Nations. She received unanimous Senate confirmation. At the time, she was the sole woman among 15 representatives in the UN Security Council, and she described the first meeting as “14 suits and a skirt.” Then, after Clinton won a second term as President, he nominated Albright as his Secretary of State. After a unanimous confirmation vote, she became the 64th person and first woman in that role.

Don’t be afraid of being the first in any role. Take risks, discover new and/or untapped talents, and new perspectives.

STAND UP FOR WOMEN
Madeleine Albright endorsed Hillary Clinton during her 2008 and 2016 presidential campaigns and said at one event, “There is a special place in hell for women who don’t support other women.”

Do you, on a regular basis, support women colleagues, supervisors, and other women leaders? How can you show your support in a meaningful and long-lasting way?

OBLIGATION AND OPPORTUNITY
And finally, to quote Bill and Hillary Clinton, “Few leaders have been so perfectly suited for the times in which they served. Because she knew first-hand that America’s policy decisions had the power to make a difference in people’s lives around the world, she saw her jobs as both an obligation and an opportunity.”

How often do you view your job or professional role with that perspective in mind? Perhaps, it’s time to re-think.

Rest in peace, Madeleine Albright, and thank you for shining your bright light on all of us.
Posted by DebbieLaskeyMBA