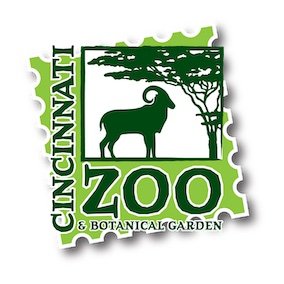 While the touchdowns and field goals may have been the most talked about aspect of this year’s championship game, and the ads generated lots of buzz before, during, and after the game, there were other stories surrounding Super Bowl 56 that warranted attention.

As a Los Angeles native, I heard about them. Since you may not have heard or read about them, I’d like to share, especially since many have a brand marketing stance.

HUNTINGTON LIBRARY/ART MUSEUM AND CINCINNATI ART MUSEUM
Following a tradition of art museums wagering artwork loans since 2010, these two museums bet a loan of a painting from their collections. The winner would get to display the two artworks together during 2022. The Huntington’s piece is “Irish Girl” (1927) with warm colors, as if to honor the Bengals, while the Cincinnati’s piece is “Patience Serious” (1915) a portrait of a young girl wearing Rams blue. Both were painted by American artist Robert Henri.

ARCHBISHOPS OF LOS ANGELES AND CINCINNATI
Archbishop Jose Gomez of the Archdiocese of Los Angeles put a batch of baked treats from the LA-based bakery Porto’s on his hometown Rams, while Archbishop Dennis Schnurr of Cincinnati wagered a case of Cincinnati-based Graeter’s ice cream on the Bengals. Both also used the game as an opportunity to raise funds for each archdiocese’s Catholic Education Foundation, with the winning team’s diocese getting 60 percent of the money raised and the other diocese getting 40 percent. They also urged donors to visit www.BishopsBigGame.com or follow #BishopsBigGame on social media to donate to Catholic school students in the name of their favorite team. Both Archbishops donated $1,000 to the joint fund.

MAYORS
Los Angeles Mayor Eric Garcetti and Cincinnati Mayor Aftab Pureval made a friendly wager for what would happen following the end of the Super Bowl. If the Rams won, Cincinnati Mayor Pureval would wear a Rams jersey at an upcoming public appearance, and if the Bengals won, LA Mayor Garcetti would wear a Bengals jersey at a public appearance. The mayors also agreed that the winning mayor would donate and encourage others to donate to the other team’s Children’s Hospital.

Mayor Garcetti said, “Angelenos fight hard, and we win graciously. We can’t wait to host Super Bowl LVI, and when the Rams win, LA will show our friends in Cincinnati how much heart we have by chipping in together to help the kids at Cincinnati Children’s Hospital.”

SENATORS
California Senator Alex Padilla and Ohio Senator Rob Portman also made a wager on the game. If the Rams won, Portman would send Padilla some “Hu-Dey” beer from Cincinnati-based Hudepohl Brewing Company and food from Ohio-based eatery Izzy’s. If the Bengals won, Padilla would give Portman a “Whose House” blonde ale from Golden Road Brewing Company and a pastrami sandwich from Los Angeles eatery Langer’s Deli.

Turns out that the Rams did win the big game! And the famous 99-year-old Hollywood sign was turned into “RAMS HOUSE” for 48-hours to celebrate.

What other fun stories did you hear surrounding Super Bowl 56? And what unique stories and wagers will we hear about next year at Super Bowl 57 in Arizona?