Which Brand’s Super Bowl Ad Are You Eager to Watch? 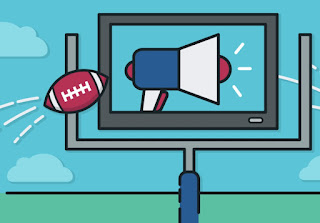 What brand do you want to see advertise during Sunday’s Super Bowl game? There are always ads for cars, movies, and food as well as some surprises.
﻿
﻿While the ad design team for every brand hopes to make a touchdown with its ad, the reality is that few become Super Bowl legends, and not just for 24 hours, but for years and years.

Here is my list of memorable Super Bowl ads:
﻿

Probably all five. Of course, that may be a tall order for five, six, or seven million dollars!

See you at the virtual water cooler - also known as Twitter - during the game to critique the ads in real time - and then back here on this blog the morning after for a full ad recap of the hits and misses.