Do you have any social media pet peeves? 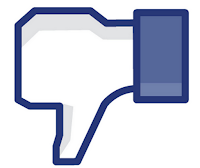 [1] LinkedIn: When someone sends an invitation to connect but doesn’t customize the invitation. Who wants to receive a generic “I’d like to add you to my network” message? What if you never met the person in person or online? Shouldn’t a reason for connection be provided, or at the very least, some reference to a mutual acquaintance?

[2] Facebook: It seems as if the designers want to re-design the site on a regular basis. Can’t they be satisfied with anything they design? Settings have to be reviewed, users have to become comfortable with the changes, and above all, users have to spend time (that most don’t have) to improve the presentation of their pages and/or content.

[3] All major sites: Once a site makes a significant upgrade or design change, other sites follow. Now, many sites have similar user interfaces. What happened to unique design elements? Doesn’t any site want to look unique anymore?

[4] Twitter: When users send automatic direct messages (DMs). This goes against the entire concept of being social and participating in conversations.

[5] Twitter: #Highlighting #every #word in a #sentence with a #hashtag. The concept of a hashtag is to focus attention on one or two words for search purposes and emphasis. The excessive use of hashtags accomplishes nothing.

[6] Twitter Retweets: When users retweet every tweet that features them. While everyone appreciates positive comments, constant self-promotion turns people off. Another annoyance is when users ask for their tweets to be retweeted. Naturally, we’d all like our tweets to appeal to everyone, but it’s annoying when a tweet ends with: “Please RT.”

[7] Foursquare: When users announce that they’re at the post office, the coffee shop, the gas station, etc. If you want to meet someone, use the phone, speak to them, and make plans. Don’t expect them to surprise you at the gas station just because they happen to be nearby.

[8] Facebook and Twitter: Lack of an avatar. When users have the Twitter default egg image or the Facebook default white head on blue background image, it’s clear that the person has no intention of participating in social media. He/she might be a member of Witness Protection, and then he/she shouldn’t participate in social media anyway.

[9] All networks: When users post the same content on Facebook, Google Plus, LinkedIn, and a shorter version on Twitter. The platforms are different. A person may be connected to different people on each network. Some may use Facebook for personal connections, LinkedIn for professional connections, and Google Plus for a variety separated by circles.

[10] All networks: Users who don’t understand the concept of engagement and focus on selling their products or services rather than on conversations.

Did your social media pet peeve make the list? If not, please chime in.

A final note: a big “thank you” to some amazing Social Media Masterminds (#socialMM on Twitter) for sharing their pet peeves. They can be found on my Twitter List here.
Posted by DebbieLaskeyMBA