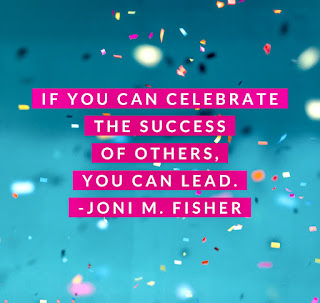 On this date in history, or HERstory to be more precise, October 23, in the year 1910, Blanche Stuart Scott became American's first woman pilot to make a public flight - in an era when women still could not vote! As the hashtag says, "SheDidThat." This happened 18 years before Amelia Earhart's flight across the Atlantic. After Scott's flying days were over, she became a consultant to the U.S. Air Force Museum, served as a screenwriter for RKO and other movie studios, and was a popular radio personality. A decade after her death in 1980, she was honored by the U.S. Postal Service with an air mail stamp commemorating her aviation achievements.

To quote Matthew Kobach (@mkobach), "Twitter is a key that unlocks thousands of doors, some of which you never even knew existed." As a member of the Twitterverse for 13 years, I always enjoy meeting new people and learning from them. I recently connected with Joni M. Fisher from Florida, and invited her to appear here on my Blog in a Q&A discussion about leadership and women's equality. Highlights of our conversation follow a brief introduction.

Author and journalist Joni M. Fisher is an instrument-rated private pilot who believes flying is the most fun a person can have with their clothes on. She was a staff writer for a Fortune 500 bank and taught at a police academy before devoting herself to writing suspenseful crime novels and reporting for General Aviation News. Her fingerprints are on file with the FBI, and her fourth book in the Compass Crimes series will be published in 2023.

QUESTION: You explained your inspiration about writing about strong women in a post "The Story Behind the Strong Heroine." Can you provide highlights for those who have yet to read the full post?

JONI M. FISHER: I write suspenseful crime stories featuring role models for women because we need more of them. The difference between the heroines in the books I grew up reading and the heroines I longed for is the difference between the traditional Cinderella story and the 1998 movie Ever After, played by Drew Barrymore. Both portray a young orphan being victimized by greedy relatives, but in the movie version, the heroine rescues herself and the prince.

Women have been culturally groomed to be passive, polite little victims and to settle for less. I grew up questioning authority, rebelling against injustice, and fighting to find my own path instead of trying to fulfill the expectations of others. One of my favorite questions is What would you do if you knew you could not fail?

That bold approach to life appeals to me. We don’t get a do-over, and this life is not a practice run. Memento mori. Remember your death. Make the most of this journey because it will end.

My novels feature women whose lives get overturned by a crime. Their stories show how they fight for justice. Characters overlap from book to book, connecting their stories. The crimes involve murder, kidnapping, the felony murder rule, and embezzlement.

QUESTION: You are a passionate advocate for women in leadership roles, so on a related topic, what is your favorite RBG (Ruth Bader Ginsburg) quote, or in the alternative, other inspiring quotes?
JONI M. FISHER: I don’t have a favorite RBG quote.

But I do have one from the first woman on the Supreme Court, Sandra Day O'Connor:
"You have a job to do, and it doesn't mean succumbing to somebody's emotional pitch made out on the sidewalk."

As a pilot, I am inspired by Amelia Earhart’s quote on leadership:
“Never interrupt someone doing what you said couldn't be done.”

This year, I volunteered to work on the continuation of that race. Now it’s called the Air Race Classic. The oldest racer is in her 90s, and the youngest is seventeen. It’s a 2,500-mile route flown over four days in daylight only. The aircraft are handicapped, so the efficiency of flying is a bigger factor than the speed of the plane.

The racers and the host committees at each route stop rely on sponsors to fund them. It was my job on the start committee to attract media to cover the race. Though my duties put me in a leadership position, I treated it as a position of service. It was a joy to use my journalism experience to promote the racers and the sponsors. After the race, I documented how to identify and notify local media so other committees could repeat our success. In this way, leadership serves to empower others. Like they say in medicine, “Watch one, do one, teach one.”

QUESTION: If you could have dinner with any three people from history or the current era, who would you choose, and why?
JONI M. FISHER: The three people I’d love to dine with are Michelangelo, my grandmother, and Mother Theresa. I believe these three dinner guests would generate lively and wonderful discussions for an evening of a lifetime.
(1) Michelangelo was a thinker, dreamer, and such a creative soul that he saw connections between things others didn’t. He envisioned man in flight long before it became commonplace. He was an artist of vision and beauty.
(2) My grandmother was a loving woman with a history that needs to be told. Her parents were from different tribes (Chickasaw and Blackfeet). They were taken from their tribes to be raised “civilized” by white families. They were not allowed to speak their native languages and were forced to accept the religion of their adopted families. They found each other and fell in love. My great grandfather’s real name was Pierce-Arrow, but it was changed to Pierce. Despite their childhood trauma, my great-grandparents were patient, kind, and generous people who raised their daughter to be the same.
(3) I’d love to meet Mother Theresa because her selflessness inspires me. She was famous for her devotion to helping the poor.

QUESTION: One of my favorite leadership quotes is from human resources expert and Army veteran Ed Wood (@cewood08 on Twitter): "Build such a strong team that no one can tell who the boss is." What does this quote mean to you?
JONI M. FISHER: In my first job out of college, I worked as a staff writer for a Fortune 500 bank in New Orleans. Bev Fortenberry taught me teamwork. The whole team assumed responsibility for the results. We all failed or succeeded together, whether we launched company-wide training on new software or ran the annual stockholder’s meeting.

In preparing for one stockholder’s meeting, we were tasked with writing the CEO’s presentation to the stockholders. This was the year the bank would expand nationwide, but we weren’t even leading in our state. Because it involved writing, everyone turned to me for inspiration, but it was a team effort. Bev told us to make it so memorable and inspirational that people would remember it for years. Oh, and it must be no longer than three minutes. No pressure. Stockholder’s meetings are generally dull events featuring slide after slide of numbers and pie charts.

What we came up with was to dress the CEO like General Patton and project an American flag on the wall behind him. It was a stockholder’s address like none other. His speech about taking on the competition as if we were at war electrified the crowd. The company soon afterward dominated the market in the state. Within a few years, our bank merged with Capital One.

Bev mastered the most challenging role of leadership: to lead by example. She gave us room to go big.

Leadership that is selfless brings out the best in others and creates an atmosphere of joy and energy. It takes time and effort, and sensitivity to coach others to do their best. It takes patience and maturity to nurture someone through failures and mistakes. Like parenting, great leadership leads to excellence and grooms people toward independence. If you can celebrate the success of others, you can lead. When others surpass you, outgrow you, or start their own business based on what they have learned with you, then their success is yours, too. When we empower one another, we make our lives more meaningful.

TWEET THIS: Leadership that is selfless brings out the best in others. ~@JoniMFisher #LeadershipTip #DebbieLaskeysBlog

TWEET THIS: When we empower one another, we make our lives more meaningful. ~@JoniMFisher #LeadershipTip #DebbieLaskeysBlog

QUESTION: Another of my favorite leadership quotes is from author and consultant Mark Herbert (@NewParadigmer on Twitter): "Leadership doesn't require you to be the smartest person in the room. It requires you to block and tackle for others." What does this quote mean to you?
JONI M. FISHER: Mike Zidziunas is the director of the largest teen flying club in the world When he and a group of club members flew their Piper Cubs from Lakeland, Florida, to Oshkosh, Wisconsin, it was a huge accomplishment. People weren’t used to seeing teenagers perform such long cross-country flights One of the aircraft developed a problem, which required the engine to be removed and loaded on a truck for repairs. Mike sent the male and female club members to get tools from the airshow administrators. The administrators refused to loan the tools to teenagers because, well, they were teenagers.

Mike marched down to the administration building and invited the good folks there to watch the teens remove the engine and load it on the truck. The students accomplished the task in record time while Mike stood back and explained that the teens regularly repair and build engines. After that, the Lakeland Aero Club members were allowed to check out tools on their own. Mike is the kind of leader who treats students like adults, and they respond by behaving like adults. He blocks and tackles obstacles on behalf of the students so they can get things done.

I believe young people gain arrogance by being told they are wonderful. They gain confidence by accomplishing things, by challenging themselves to achieve higher goals—like flying aircraft--and by doing their best at whatever they do. The Lakeland Aero Club is building aircraft and the next generation of leaders. 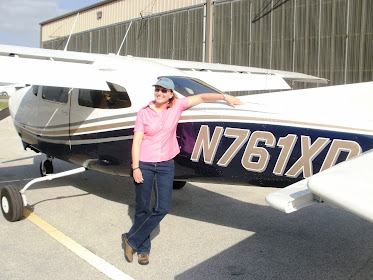 Joni M. Fisher shares this Cessna 210 with four other pilots. She earned her private pilot's license on June 1, 1996, and her instrument rating on March 23, 2000. Of all the aircraft she's flown, this is her favorite. It's also featured in her first novel, South of Justice.

My thanks to Joni for sharing her amazing leadership insights and for appearing here on my Blog.