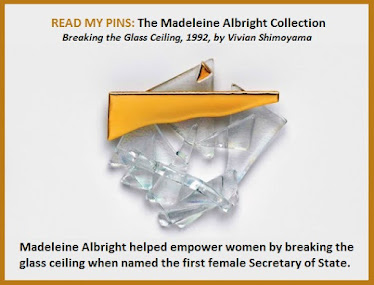 As we get ready to commemorate and celebrate this year’s Women’s Equality Day on August 26, one might wonder, how can I become more enlightened about women’s equality on this important day? How about reading three amazing books?

According to National Women’s History Alliance, “At the behest of Representative Bella Abzug (Democrat from New York), in 1971, and passed in 1973, the United States Congress designated August 26 as “Women’s Equality Day.” The date was selected to commemorate the 1920 certification of the 19th Amendment to the Constitution, granting women the right to vote. This was the culmination of a massive, peaceful civil rights movement by women that had its formal beginnings in 1848 at the world’s first women’s rights convention, in Seneca Falls in New York. The observance of Women’s Equality Day not only commemorates the passage of the 19th Amendment, but also calls attention to women’s continuing efforts toward full equality.”

According to Melanie Gustafson, a professor at the University of Vermont, who writes about the women's suffrage movement and women in politics, “The date of August 26th was chosen to commemorate the day in 1920 when Secretary of State Bainbridge Colby signed the proclamation granting American women the constitutional right to vote.”

While written by journalist Nadine Epstein, the list of women included in this book were chosen by former Justice of the Supreme Court Ruth Bader Ginsburg during the final year of her amazing life. The women featured include Deborah, the first woman judge in the bible; Emma Lazarus, a poet whose words adorn the pedestal of the Statue of Liberty; Golda Meir, the first and only female prime minister of Israel; Anne Frank, whose diary during World War II became famous; and many more.

Written by lawyer and cultural historian Linda Hirshman, this book is a story of law, women, and most of all, friendship. Here’s the description in a nutshell, “The relationship between Sandra Day O’Connor and Ruth Bader Ginsburg – Republican and Democrat, Christian and Jew, western rancher’s daughter and Brooklyn girl – transcends political party, religion, region, and culture. Strengthened by each other’s presence, these groundbreaking judges, the first and second women to serve on the highest court in the land, have transformed the Constitution and America itself, making it a more equal place for all women.”

READ MY PINS, STORIES FROM A DIPLOMAT’S JEWELRY BOX

Written by former Secretary of State Madeleine Albright, this book is a combination of storytelling, history lessons, and images of wearable art from all over the world.

Albright explained, “A foreign dignitary standing alongside me at a press conference would be happier to see a bright, shining sun attached to my jacket than a menacing wasp. I felt it worthwhile, moreover, to inject an element of humor and spice to the diplomatic routine. The world has had its share of power ties; the time seemed right for the mute elegance of pins with attitude.”

She continued, “Before long, I accepted that it was okay to shop with my own needs and desires in mind. Thus, when my eye was attracted to a serpent pin, I did not hesitate to buy it; this was the pin that would later launch my use of brooches as a diplomatic tool.”

“As my pins became more expressive and drew more comments, I had cause to reflect on the relationship between appearance and identity. To what extent, to adopt the old saying, do pins make the woman or, for that matter, the man? After all, the display of pins has never been confined to one gender. Medieval knights wore elaborate jeweled badges that defined their status and conferred a group identity…George Washington sometimes wore a spectacular diamond eagle that included no fewer than 198 stones…Finally, our armed forces also use pins – in the form of ribbons and medals – to convey messages about accomplishments, stature, and rank.”

“Jewelry’s greatest value comes not from intrinsic materials or brilliant designs, but from the emotions we invest. The most cherished attributes are not those that dazzle the eye but those that recall to the mind the face and spirit of a loved one…One might scoff and say that my pins didn’t exactly shake the world. To that, I can reply only that shaking the world is precisely the opposite of what diplomats are placed on Earth to do.”

So, what will you read to celebrate Women’s Equality Day? Chime in and share.