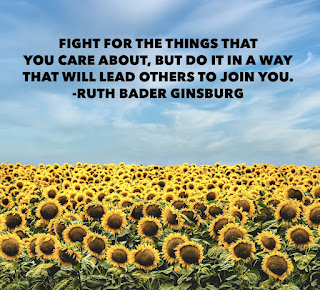 Today is Women's Equality Day and marks the 102nd anniversary of the 19th Amendment, which granted women the right to vote. This important day celebrates the achievements of women’s rights activists (including my great-grandmother who marched for women's suffrage in New York in the early 1900's) and reminds us of the struggles that women still face including equal pay for equal work as well as access to top leadership roles.

According to the National Women's History Alliance, "At the behest of Representative Bella Abzug (Democrat from New York), in 1971, the United States Congress designated August 26 as “Women’s Equality Day.” The date was selected to commemorate the 1920 certification of the 19th Amendment to the Constitution, granting women the right to vote. This was the culmination of a massive, peaceful civil rights movement by women that had its formal beginnings in 1848 at the world’s first women’s rights convention in Seneca Falls, New York. The observance of Women’s Equality Day not only commemorates the passage of the 19th Amendment, but also calls attention to women’s continuing efforts toward full equality."

Over the last 13 years, thanks to social media, I have had the privilege of meeting inspiring marketing, branding, customer experience, leadership, and social media experts. One of these experts is Kim Elsesser, a gender expert based in Pasadena, California. I recently connected with Kim after reading one of her enlightening posts on Forbes.com and invited her to appear here on my Blog in a Q&A format. Highlights of our conversation follow a brief introduction.

Kim Elsesser, Ph.D. is the author of the book, SEX AND THE OFFICE: Women, Men and the Sex Partition that’s Dividing the Workplace. She currently writes about gender issues at work for Forbes, and she taught about these issues at UCLA for eight years. She has published in the New York Times and The Los Angeles Times and has discussed gender issues for a number of TV news programs. Her interest in gender and work was partly inspired by her experiences co-starting a quantitative proprietary hedge fund at Morgan Stanley. She holds a Ph.D. in psychology from UCLA, MS degrees in management and operations research from MIT, and an undergraduate degree in mathematics and computer science from Vassar College. Connect on Twitter @kimelsesser or sign up to receive weekly notifications of her posts for Forbes at https://www.forbes.com/sites/kimelsesser.

QUESTION: In 2014, you wrote an article in The Guardian entitled, "There's a de facto 'sex partition' in the workplace." In the article, you wrote, "All hope is not lost. An important step in breaking down the sex partition is raising employees' awareness of these issues." What do you think has changed in the 8 years since that article was written, if anything?

KIM ELSESSER: The sex partition refers to an artificial barrier at work that keeps men and women from establishing important friendships at work. That barrier is exacerbated by fears that friendliness towards the other sex will be interpreted as harassment. The Guardian article on the sex partition was written prior to the #MeToo movement, and, since then, there has clearly been a substantial increase in awareness about sexual harassment in the workplace. While the increased awareness is good in that it may embolden women to come forward to report harassment, there may also be unintended side effects. That is, there is some evidence that since #MeToo, men are more reluctant to help or even hire women in the workplace, because they fear sexual harassment charges.

QUESTION: During my career, I've had more male bosses than female bosses, and without a doubt, the men were more supportive. The women were less likely to recognize my accomplishments in group settings and sometimes took ownership of my successes. Were these women leaders what has been referred to as QUEEN BEE LEADERS? And what would you have done in these situations?

KIM ELSESSER: I’ve completed research on how people feel about male and female bosses, and it turns out that both men and women overwhelmingly prefer male managers – but a lot of that preference is related to gender stereotypes and how employees expect their male and female managers to behave. You mentioned that, in your experience, male bosses were more supportive. Since we expect female bosses to be supportive (women are generally perceived as more supportive than men), sometimes we hold female managers to a higher standard in this area. So, when women are not supportive, we tend to notice it more. In this situation, when you think a female boss is being unsupportive, I’d take a step back and question – would I be thinking the same thing if a male boss behaved in exactly the same way?

QUESTION: In your book, SEX AND THE OFFICE, what are three of the most important take-aways that you hope readers have?

(1) Sexual harassment remains an issue that too many women must deal with in the workplace.  However, adding more old-fashioned sexual harassment training sessions isn’t likely to help eliminate harassment. We need to be smarter in figuring out how to bring about behavior change at work.

(2) Particularly in male-dominated fields, women report that they are left out of business trips, dinners, and even one-on-one meetings because some men fear that their friendliness will be misinterpreted as sexual harassment. In reality, friendliness is not sexual harassment. Without access to beneficial friendships and mentor relationships with men at work, women won’t be able to close the gender gap that exists in most professions.

(3) Many say women can’t have it both ways.  That is, women can’t tell men to be cautious and respect boundaries, and then complain that they feel left out because men are behaving too cautiously. But I believe that we CAN have it both ways. Men and women can maintain appropriate boundaries at work and develop professional friendships and mentor relationships. It’s the only way that women WILL reach parity with men in the workplace.

QUESTION: What's your favorite Ruth Bader Ginsburg quote, and why?

KIM ELSESSER: In 2015, on receiving an award at Radcliffe College, RBG was asked what advice she would offer to young women today. Ginsburg said, “Fight for the things that you care about, but do it in a way that will lead others to join you.”

I write about gender issues and the problems women face both inside and outside of the workplace. Most of my readers are women who already have some awareness of these issues and are already interested in helping women achieving equity. In terms of RBG’s quote, these readers have already joined me.

I strive to reach and convince those that haven’t thought much about these issues or don’t already agree with my perspective. In other words, I want to lead others to join me. It’s not as easy as it sounds.

TWEET THIS: Fight for the things that you care about, but do it in a way that will lead others to join you. ~RBG via @kimelsesser #RBGquote #DebbieLaskeysBlog

QUESTION: If you could have dinner with three famous women from history or the modern era, who would they be, and why?

KIM ELSESSER: Any chance I can get a larger table?  There are so many great women that I had a hard time narrowing it down, but here are six that I’d like to join me for dinner.

QUESTION: Today, I celebrate my great-grandmother, who was a suffragist who marched for women's rights in New York in the years leading to the passage of the 19th Amendment. What does this day mean to you, and what do you hope girls and young women learn about August 26th?

KIM ELSESSER: The 19th Amendment was approved by the U.S. Senate on June 4, 1919, and adoption to the Constitution was certified on August 26, 1920, over a century ago. I often wonder what the suffragists like your great-grandmother would think about how far women have progressed in the last century. Would they be amazed that 74 of the Fortune 500 companies are run by women and that there are 24 women serving in the U.S. Senate? Or would they find it frustrating that those numbers are still so low? To many of us, it seems that progress has been slow, but when you look from a historical perspective, women have come a long way.

Hopefully, as young girls learn about this day, they will realize that it takes hard work to bring about change. Others, like your great-grandmother, worked hard to give these young girls the opportunities they have today. Now it’s their turn. Young girls must continue to pursue change throughout their lifetimes so that future generations of women have even more opportunities.

TWEET THIS: Young girls must continue to pursue change throughout their lifetimes so that future generations of women have even more opportunities. ~@kimelsesser #WomensEqualityDay #DebbieLaskeysBlog

My thanks to Kim for sharing her insights and for appearing here on my Blog.