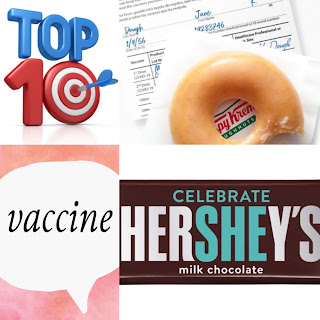 What do you remember from the 2021 marketing reel? What stood out as marketing innovation, and what will go down in history that was as memorable as Apple’s 1984 Super Bowl ad? Without further ado, let’s get to it!

A theme seems to be running through many of this year's highlights, and it involves words and language – very important in the marketing arena because communication is key.

NUMBER 10: There were two noteworthy announcements by Merriam-Webster. In January, it added the term "Second Gentleman" to describe Doug Emhoff's role. Emhoff is the husband of Kamala Harris, the first woman Vice President of the United States. And in November, it declared that the word of the year was "vaccine." According to Peter Sokolowski, Merriam-Webster's editor-at-large, "Vaccine was a word that was extremely high in our data every single day in 2021."

NUMBER 9: Budweiser's signature Clydesdale horses did not appear during the Super Bowl for the first time in 37 years. The company explained that the money that would have been spent for the ad, a reported $5.6 million, was shifted toward supporting a critical COVID-19 vaccine awareness ad campaign.

NUMBER 7: Tiffany & Company had some fun on April Fool's Day. The brand known for its little blue boxes – often filled with diamond rings – changed its iconic blue color to yellow – just for the day.

NUMBER 6: Prince Phillip died at the age of 99 in April. Due to that loss combined with Prince Andrew's scandal and the exit by Prince Harry and Meghan, Queen Elizabeth introduced her core group for royal engagements: The Queen, Prince Charles, Duchess of Cornwall, Prince William, Duchess of Cambridge, Prince Edward, and the Countess of Wessex.

NUMBER 5: Hershey's celebrated International Women's Day by emphasizing the SHE in HERSHEY. According to Veronica Villasenor, vice president of Chocolate for the Hershey Company, "We want to encourage everyone to share some extra goodness and take a moment to celebrate the "SHEs": the women and girls who have inspired us, motivated us, and have made a positive change in our lives."

NUMBER 4: With COVID-19 on everyone's mind and vaccines readily available, Krispy Kreme offered a free glazed doughnut a day to anyone who showed a vaccination card at its stores throughout 2021. According to Dave Skena, Chief Marketing Officer of Krispy Kreme, "Whatever little things brands can do to help make it past the pandemic are good things."

NUMBER 3: President Joe Biden formally recognized atrocities against Armenians as "genocide." The term was avoided by his predecessors for decades over concerns of alienating Turkey. This announcement was especially important because Biden campaigned on a promise to make human rights a central component of his foreign policy.

NUMBER 2: The Walt Disney Company removed the words "Ladies and Gentlemen, boys and girls" from its greeting from its Florida Magic Kingdom fireworks show and changed it to "Good evening, dreamers of all ages." According to a spokesperson, Disney announced that it was adding "inclusion" as a fifth key component of its customer service: "We want our guests to see their own backgrounds and traditions reflected in the stories, experiences, and products they encounter in their interactions with Disney."

NUMBER 1: Space tourism became a reality. Billionaires and celebrities became astronauts for a brief period, about 10 minutes. Amazon's Jeff Bezos, Virgin Galactic's Richard Branson, and Star Trek actor William Shatner were three of a select few who went into space and safely returned. Only time will tell how many people will pay the big bucks (ranging from $200,000 to $28 million) for their own space travel adventure.

What would you add to this list? Here's to 2022 and another year of marketing highlights. Happy New Year!