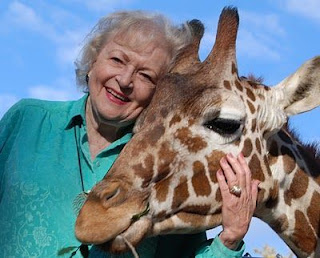 The initial shock has dissipated, but the sadness remains. But does it? Betty White gave us an amazing gift, the gift of laughter, and even now, after her death, she would want us to smile and laugh when we think of her.

Many in Betty’s industry, the entertainment industry, have shared their favorite memories and tributes. Betty was in three successful television shows from different eras: The Mary Tyler Moore Show in the 1970’s, The Golden Girls in the 1980’s, and Hot in Cleveland from 2010-2015. She was also on the radio, appeared on game shows, and appeared in films.

And throughout the years, she was a tireless advocate for wildlife and animal welfare – as well as a supporter of LGBT rights. She also earned several titles over the years including “First Lady of Game Shows,” “First Lady of Television,” “Honorary Mayor of Hollywood,” and “Ambassador to the Animals.”

But I put forward the idea that Betty White was actually a member of the marketing industry. She re-invented herself by starring in new TV shows and introducing herself to new generations of fans – including hosting Saturday Night Live in 2010 and appearing in an amusing Super Bowl ad for Snickers in 2010. The ad is viewable by clicking here:  https://youtu.be/QFaFyG7HRAA.

A perfect example of her humor was evident in a 2012 interview with The New York Times. She said, “I’m a health nut. My favorite food is hot dogs with French fries. And my exercise: I have a two-story house and a very bad memory, so I’m up and down those stairs.”

She became legendary because she taught us all how to create a personal brand. The “Betty White Brand” represents laughter, happiness, and advocacy.

So, what did YOU learn from Betty White? If you learned to laugh, respect animals, or re-invent your personal brand at any age, then Betty’s spirit will live forever.