In Celebration of International Women’s Day 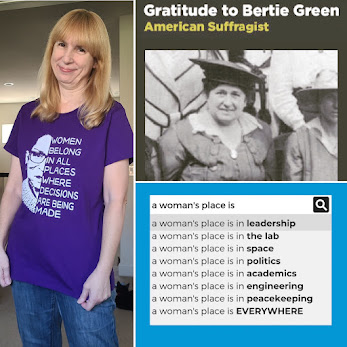 Today is a special day. On March 8, we celebrate International Women’s Day around the world.

According to the United Nations, “Women of the world want and deserve an equal future free from stigma, stereotypes and violence, a future that’s sustainable, peaceful, with equal rights, and opportunities for all. To get there, the world needs women at every table where decisions are being made.”

International Women’s Day grew out of the labor moment to become a recognized annual day by the United Nations. The seeds were planted in 1908 when 15,000 women marched through New York City demanding shorter work hours, better pay, and the right to vote.

The idea for the day to become internationally recognized was suggested in 1910 by Clara Zetkin. First celebrated in 1911 in Austria, Denmark, Germany, and Switzerland, the United Nations made the day official in 1975. Each year, the President of the United States issues an official proclamation.

To quote Sheryl Sandberg, “We stand on the shoulders of the women who came before us, women who had to fight for the rights that we now take for granted.”

From President Joe Biden's Proclamation dated March 1, 2021, “During Women’s History Month, let us honor the accomplished and visionary women who have helped build our country, including those whose contributions have not been adequately recognized and celebrated. And let us pay tribute to the trailblazers from the recent and distant past for daring to envision a future for which no past precedent existed, and for building a Nation of endless possibilities for all of its women and girls.”

I wish to recognize my great-grandmother on this important day. Bertie Green was a civic leader and philanthropist in New York. She was married for 47 years, raised two children, and enjoyed the antics of her four granddaughters.

But what stands out as inspiring today is that she was an active member of the women’s suffrage movement in the years leading up to the passage of the 19th Amendment in 1920. She was also a member of the American Legion Auxiliary, the world’s largest women’s patriotic service organization.

Many people are afraid to speak up and take a stand in today’s era, so this type of bold action a little over a century ago is incredibly impressive. So, today, on International Women’s Day, I applaud my great-grandmother and thank her and those she marched with to make today a little bit easier for women to stand up and make their voices heard.