How Important Is Brand Storytelling? 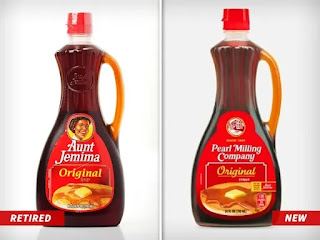 Last year while the covid pandemic raged, there were other raging fires. The #BlackLivesMatter movement took to the streets to start a dialogue that will not easily be resolved overnight. Thankfully, many brands took notice.

Some brands with lengthy histories had names, product imagery, and taglines that reflected different eras. It was definitely time to change.

The most recent brand that listened to current events and made a change is Quaker Oats. Its “Aunt Jemima” product line of pancake mixes and syrups presented a racist stereotype on its packaging.

According to CNN, “The name Aunt Jemima long criticized as a racist caricature of a Black woman stemming from slavery, will be replaced with the Pearl Milling Company name and logo on the former brand’s new packaging, according to the parent company PepsiCo.”

According to PepsiCo, “The Pearl Milling Company was the 19th century business that created the original ready-made pancake mix. It was founded in 1888 by Chris L. Rutt. He named the original company after “Old Aunt Jemima,” an 1875 song from a minstral show that featured performers in blackface who wore aprons and bandana headbands. The new Pearl Milling Company brand logo replaces the Aunt Jemima image with what appears to be a 19th century watermill, where flour was ground at the time. The new logo’s red, white, and yellow color scheme matches the colors that were used on Aunt Jemima’s packaging.”

According to Laura Holloway, Founder and Chief of The Storyteller Agency, “Storytelling is our obligation to the next generation. If all we are doing is marketing, we are doing a disservice, and not only to our profession, but to our children, and their children. Give something of meaning to your audience by inspiring, engaging, and educating them with story. Stop marketing. Start storytelling.”

While brand history is important, brand legacies and cultural sensitivity are also critical to long-term brand success. The brands that listen to cultural shifts and integrate those shifts into their storytelling are the ones that will survive.

TWEET THIS: Give something of meaning to your audience by inspiring, engaging, and educating them with story. Stop marketing. Start storytelling. ~@StorytellerAgcy #brandtip #brandstorytelling