An Example of Impressive Leadership 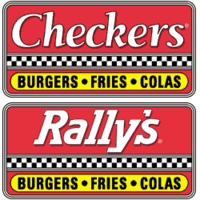 A recent episode of Undercover Boss was incredibly memorable. The featured company was fast food chain Checkers & Rally's, and the executive who went undercover was CEO Rick Silva. If you're not familiar with the TV show's premise, a top executive changes his or her appearance and name for a week and goes undercover in his or her company. The executive tries out several positions, and in the process, gains a better understanding of the company's strengths, weaknesses, employee experience, and customer experience.
More often than not, the executive experiences a great deal of trouble in accomplishing the frontline jobs. In this particular episode, despite a lengthy history in the fast food industry, CEO Rick Silva had trouble making hamburgers, hot dogs, placing orders, etc. Bottom line, he was not the ideal employee. But measuring his skills was not the objective – either of the show or his reason for going undercover.
Silva was able to learn about his employees, the talented and dedicated employees as well as those who needed an attitude adjustment and a return to Basic Training. But he was the right person at the right place at the right time to make a difference. He even made an on-the-spot decision to close a restaurant to improve the customer experience – by re-training all the employees.
This episode stood out from many of the other episodes because the top executive demonstrated leadership in a unique and inspiring manner. He did not intimidate his employees, he did not belittle his employees, and despite inappropriate behavior, he did not fire people. He genuinely wanted to make improvements to benefit both the employees as well as existing and future customers. And based on his actions, he definitely did.
While Checkers & Rally's was started in 1986 in Mobile, Alabama, and today, there are more than 800 Checkers and Rally's drive-in restaurants throughout the USA, by the end of the show, the viewer wished that there was a Checkers or Rally's nearby.
Click here to watch the full episode.
Posted by DebbieLaskeyMBA