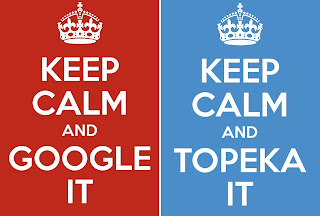 While you never want to speak condescendingly to your customers, stakeholders, and fans in marketing campaigns or advertising, April Fool’s Day presents a unique marketing opportunity to have some unexpected fun.

Think back to the early morning of April first of the year 2010. Search engine giant Google replaced its multi-colored “Google” logo on its homepage with the word “Topeka” of Topeka, Kansas fame.

On that day, instead of saying “Google It” in order to search for desired information, users were forced to say “Topeka It.” Upon first glance, users were stunned, but they soon realized that the change was a joke – once they remembered what the date was: April Fool’s Day!

In case you forget the details surrounding that incident, the Kansas capital city unofficially changed its name to Google as part of an effort to convince the search engine giant to select it as a test site for its planned super-fast, fiber-optic network.

So, what about your brand? Does your brand name have a similar sounding food, vegetable, fruit, dessert, bug, city, or another word that you could add to a clever marketing campaign to surprise your customers on April Fool’s Day?

Is there a restaurant or retail or digital storefront that presents a compelling partnership opportunity for April Fool’s Day?

Is there a sports team that shares the same mascot or animal as your brand that you could integrate into your marketing on April Fool’s Day?

Whatever you do, don’t let April Fool’s Day pass by without creating a clever marketing campaign. Especially during the current covid era, a little brand humor can go a long way – and may even be remembered for many years just like the Google-Topeka joke.