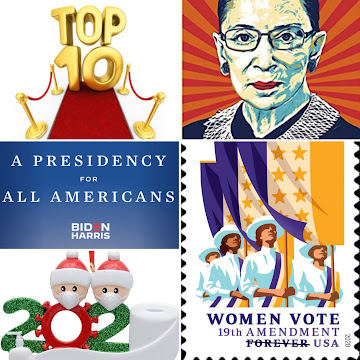 What do you remember from the 2020 marketing reel? What stood out as marketing innovation, and what will go down in history that was as memorable as Apple’s 1984 Super Bowl ad? Without further ado, let’s get to it!

NUMBER 10:
When it comes to signage, everyone knows about the “Welcome to Fabulous Las Vegas” sign from 1959 that greets visitors at the south end of Las Vegas Boulevard. But during 2020, a new downtown landmark appeared, the Gateway Arches. The 80-foot-high twin interlocking steel arches dangle a seven-ton, pink, retro-style City of Las Vegas emblem framed by more than 13,000 LED lights.

NUMBER 9:
Numerous brands changed their names in an effort to show their sensitivity to diversity, equality, racial injustice, and inclusion following the death of George Floyd and the #BlackLivesMatter protests.

Here are some of the new names: The Dixie Chicks became The Chicks, Lady Antebellum became Lady A, the Washington Redskins became the Washington Football Team.

The following food brands also made some changes:

NUMBER 8:
Supreme Court Justice Ruth Bader Ginsburg passed away. Soon after her death, protests started because the person nominated to replace her had completely opposite views on all matters. However, women and men vowed to continue to honor Ginsburg’s legacy of equality for all. Shirts, hats, and pins appeared everywhere with Ginsburg’s likeness and famous quotes.

NUMBER 7:
No retail store is more associated with Christmas than Macy’s, but in 2020, Santa Claus ended a 159-year tradition and did not visit Macy’s stores for his annual meet-and-greet with children. This decision was made due to concerns about the Covid-19/corona virus pandemic. According to the company’s press release, “To replicate the magical experience of visiting Macy’s Santaland for children and their families, we will shift to a virtual engagement this year. The experience starts with a greeting from virtual elves who lead the way through Santa’s village and workshop, stopping to see the sights and play interactive games. At the end, kids will meet Santa through an interactive video, where they’ll be able to share their holiday wish list and take a selfie with Santa, which families can download immediately.”

NUMBER 6:
The Duke and Duchess of Sussex (Prince Harry and wife Meghan) gave up their status as “senior working royals” and moved first to Canada and then to Beverly Hills, finally settling near Santa Barbara. Their goal was to become financially self-sufficient – made easier due to deals with Netflix and the New York-based Harry Walker Agency, also used by the Obamas, the Clintons, Oprah Winfrey, and Jane Goodall, to arrange speaking engagements. The couple wishes to create their own philanthropic foundation called Archewell, and to focus on issues such as racial justice, gender equality, environmental concerns, and mental health.

NUMBER 5:
Little boys like to play with plastic toy soldiers, and until 2020, toy soldiers were all male. A seven-year-old girl, Vivian Lord of Little Rock, Arkansas, wondered why they weren’t any female toy soldiers. So, she wrote a letter that read in part, “Why do you not make girl army men?”and sent copies to several army toy manufacturers. Jeff Imel, owner of BMC Toys in Scranton, Pennsylvania, agreed with Vivian, and now, BMC Toys has a line of 22 women army toy soldiers. This action was demonstrative of the difference one person’s voice can make – as well as the change in the toy industry, especially for BMC Toys.

NUMBER 4:
Scientific American magazine broke its 175-year tradition and endorsed a Presidential candidate for the first time. The magazine endorsed Joe Biden due to his concern for the environment and his ideas to combat the Covid-19 crisis.

NUMBER 3:
Throughout the United States, women celebrated the 100th anniversary of the 19th Amendment, which granted women the right to vote in 1920. The National Women’s Party began wearing three distinct colors in 1913, and the United States Post Office created a stamp featuring purple, white, and gold. Purple was the color of loyalty, constancy to purpose, and unswerving steadfastness to a cause. White was the emblem or purity and symbolized the quality of the suffragists’ purpose. And gold was the color of light and life.

NUMBER 2:
The COVID-19/corona virus pandemic changed life dramatically. With a start in a small town in China, the virus traveled to all corners of the world infecting millions and killing thousands. This virus changed the way everyone lived and worked during 2020. Offices closed, which resulted in many people working from home or losing their jobs - some even lost their homes. Restaurants closed, hotels closed, stores closed, etc. One example of a retail store that closed was Lord & Taylor, which was the first department store in the United States - it closed after nearly 200 years. Sports teams played in empty stadiums. The 2020 World Series was played with less than 20,000 lucky fans in the stands. Stay-at-home orders were imposed, lifted, and imposed again in many cities across the world. While there are rumors that several drug manufacturers are developing vaccines, everyone hopes that vaccines appear in large quantities in 2021.

Online commerce was the only place where sales increased, thus, creating an opportunity for creative digital marketing.

Joe Biden and Kamala Harris won the 2020 Presidential Election in November. Biden, formerly a Senator from Delaware and Barack Obama’s Vice President, chose Harris, formerly a California Senator, as his Vice President. Harris will be the first woman vice president, the first black vice president, and the first South Asian vice president. Inauguration day will be on January 20, 2021. The amount of marketing swag with the Biden-Harris names and likenesses appeared almost overnight following the announcement of their win. And their marketing team was quick to act with the creation of social media accounts for the Biden-Harris Presidential Transition using the Presidential seal, the number 46, and their tagline of “Build Back Better.”

To quote President Elect Biden, “I’m running as a proud Democrat, but I will govern as an American President. I will work with Democrats and Republicans, and I’ll work as hard for those who don’t support me as for those who do. Because that’s the job of a President.”

To quote Vice President Elect Harris, “What a testament it is to Joe’s character, that he had the audacity to break one of the most substantial barriers that exists in our country and select a woman as his Vice President.”

Despite one’s political beliefs, there is no doubt that this was a memorable election and certainly an appropriate one to commemorate the 100th anniversary of the passage of the 19th Amendment, which granted women the right to vote.

What would you add to this list? Here's to 2021 and another year of marketing highlights. Happy New Year!