How will new judges impact the television show brand THE VOICE? 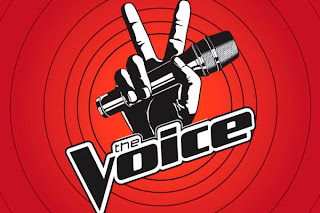 As Season Three gets underway for the reality show The Voice, an announcement just hit the airwaves that two of the four judges will not return for Season Four. The announcement raised issues of teamwork and collaboration with applications to the workplace, but a little about the show first.

If you haven’t followed this TV show, here’s the quick rundown: Four internationally-known recording artists serve as judges and listen to aspiring artists sing. But what makes this show stand out from other talent shows and worthy of attention is that the judges listen to the singers for 90-seconds with their BACKS TO THE SINGERS. If the judges like what they hear, they hit a buzzer and turn around and face the singer for the duration of the song. If only one judge turns around, he or she gets to add the singer to his or her team. But if more than one judge turns around, there is an entertaining discussion with pitches presented by the judges. You see, when more than one judge turns around, the singer gets to choose whose team to join. Once teams are complete, then the show takes a different direction and the judges face the artists for the remainder of the season.

There are several reasons why this show has garnered so much attention and high ratings. The show’s season lasts only three-to-four months, which is quick when compared to a typical television season that runs from September to May. So advertisers get onboard the advertising train early. To the average viewer, the most prominent advertisers are sponsors, so most of the commercials and location signage feature Sprint, KIA, Starbucks, and Universal.

Also, Season Two premiered following last February’s Super Bowl. With the eyes of the world on the most famous single sporting event, high ratings were guaranteed.

Since the judges possess talent in different music genres, this musical mixture provides something for every fan – whether someone likes rock, pop, country, rap, jazz, soul, or gospel. When aspiring artists perform, they know that someone will be able to appreciate their type of music.

But the most compelling aspect of the show is that singers are not judged on their appearance, gender, ethnicity, religious clothing, or any physical quirks. They are judged solely on their voice – the range, tone, and strength. Since everyone wishes he or she could be judged solely by work product as opposed to gender, religion, ethnicity, etc., this aspect of the show resonates and draws viewers in.

Now, back to the change in judges for Season Four of THE VOICE planned for early 2013:

Changing teams in the workplace is never an easy task. The employees who remain can become resentful about the change and never develop a positive outlook. Others may be grateful that poor-performing team members have been replaced. But the key for a successful team redesign is open communication. Make sure that all employees understand the reasons for the change, identify each individual team member’s responsibilities, and reiterate the team’s goals.