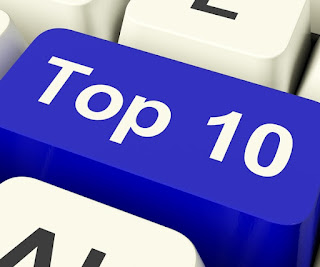 As 2011 draws to a close, it’s time for my top 10 marketing highlights list. What campaigns were great, and which were duds? What do YOU remember from the 2011 marketing reel? With a quick thanks to David Letterman, here’s my list:

Number 10:
After 25 years, Oprah Winfrey gave up her microphone as a talk show host and started her own television channel, the Oprah Winfrey Network (OWN).

Number 9:
A new voice for the Aflac Duck was discovered, just a normal guy – after the celebrity who had previously been the voice of the famous duck made an inappropriate comment on Twitter and was fired.

Number 7:
Google launched its version of a social networking site, Google+, to compete with Facebook.

Number 6:
As a result of the Royal Wedding in London, interest surged in all products “endorsed” by the British monarchy.

Number 5:
Starbucks launched its new logo without the words “Starbucks” and “coffee” at the beginning of 2011, but nearly a year later, the change still baffles the marketing world with its lack of direction.

Number 4:
Security breaches became much too common. Some of the companies who informed their customers about security breaches included Epsilon, Sony PlayStation, Lastpass.com, Northrop Grumman, and Dean Witter.

Number 3:
Steve Jobs, founder of Apple, retired as CEO and passed away shortly thereafter. His legacy to the technology and marketing industries will be felt for many years to come.

Number 2:
When the Flip video camera appeared in 2007, it immediately gained a loyal following. It was a consumer-friendly mini camcorder that was easy to use and made everyone an instant videographer. But its adopted parent, Cisco, killed off the Flip due to the advances in smartphone video capabilities.

And, Number 1 on the 2011 Marketing Highlights List:
Coca-Cola changed the color of its classic red cans to white for the 2011 holiday season to focus attention on the plight of polar bears. But due to the huge uproar from customers, the company changed the cans back to red within a month.

Here’s to 2012 and another year of marketing highlights. Happy New Year!
Posted by DebbieLaskeyMBA