A Tale of Sandwiches and Customer Service 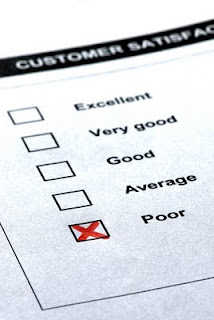 While channel surfing one weekend evening a few weeks ago, I stopped on an episode of Undercover Boss. I had not watched the show before, so I thought, during summer reruns, I might as well give the show a chance. In this particular episode, a member of the leadership team of Subway (the 14 billion dollar sandwich empire with 33,000 restaurants in 93 countries) was going “undercover” at several locations around the country.
Don Fertman, the Chief Development Officer, worked hard to become a “sandwich artist” at a restaurant in Auburn (Alabama), the Science Center in Orlando (Florida), and a church in Buffalo (New York). While his attempts were often amusing, he was dedicated to learning "the Subway way" to bake cookies, make sandwiches, and welcome customers.
After the undercover assignments had been completed, Fertman shared his experiences with his leadership team back at the corporate headquarters. New ideas were proposed, and new programs were created. He then brought the people he had met while undercover to HQ. He gave some money for scholarships for some family members as well as some additional funding so that a restaurant could be started in a second church.
When Fertman was asked, “What is your biggest challenge,” he responded, “Making Subway a household word in every country where we’re located.” While that’s a laudable goal, there’s a problem.
After the show, I thought I would visit a Subway in Los Angeles to see if the same dedication was evident. I visited a restaurant at approximately 1pm in the afternoon on a weekday. From the moment I entered, I knew Don Fertman had never visited this location! Two employees behind the sandwich bar were talking to each other – totally ignoring customers. I had to request the specific items for my sandwich three times before the “sandwich artist” bothered to look at me, make eye contact, and pay attention. When I asked for cheese, he said there was no cheese, but I pointed to the three types of cheese - and finally, he was forced to agree that yes, Subway did, indeed, have cheese. When I got to the register, a third employee couldn’t understand why I didn’t want any drink or cookies. She asked me more than once to choose a drink and a cookie. After I paid for just my sandwich, I asked for a receipt. She did not have one, so she had to re-ring everything and print a duplicate - and lucky me, I was "fortunate" to experience her disgust and poor attitude for having to deal with my request. What if I had been traveling for business and needed a receipt? As the customer, I should not have to ask for a receipt.
Once I got home (after this experience, I was no longer in the mood for the sandwich), I visited the Subway website and completed the online feedback form. About two weeks later, I received a phone call from a man who identified himself as “the owner” of the Subway restaurant that I visited. He said that the corporate office had forwarded my feedback comments to him – and he wanted me to know that he had  “spoken” to his employees.
Wait a minute! What happened with the corporate mantra about customer service? Where was the dedication to creating a positive customer experience that Don Fertman placed such a high value on? Sadly, it seems as if we are talking about two entirely different companies. The franchise concept is useless if franchises don’t abide by the guidelines and policies established by the corporate headquarters – but the corporate headquarters must also monitor the franchises very closely. I guess that the restaurant I visited should have been called Metro, not Subway. But on a more serious note, does Don Fertman care if Subway lost a customer after this TV show made Subway appear in such a positive light? It seems to me that Don Fertman needs to go back out on the road.
The Subway episode of Undercover Boss can be viewed here:
http://www.cbs.com/primetime/undercover_boss/video/?pid=qZCSCQxljkhIvxmWIaSzn5sS3ZXAKVWr
Posted by DebbieLaskeyMBA