A Tale of a Discontinued Product and Email Marketing 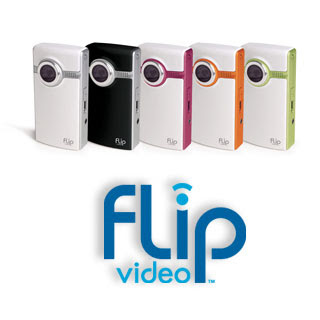 By now, everyone has heard the news that the Flip video camera will be discontinued. Cisco, Flip’s owner of two short years, will exit the Flip business and “align operations in support of Cisco’s network-centric platform strategy” according to Cisco CEO John Chambers. While the announcement was made in the mainstream media on April 12, as a Flip customer, I received an email from Flip on April 22.

The consumer-friendly mini camcorder was a trendsetter when it first appeared in 2007. Heavy users included non-profits, educators, and public relations professionals. The Flip video camera became an essential tool for people to tell their stories with video. And the Flip was so easy to use that it made everyone an instant videographer – okay, maybe not comparable to James Cameron or Steven Spielberg. The Flip was relatively inexpensive, ranging from $100-$250 and its built-in memory stored up to 30-minutes or 60-minutes of video. Also, the integrated software easily uploaded video to both PCs and Macs. Above all, the key strength of the Flip was that it allowed people to share, publish, and get easy access to video.

Some tech pundits believe that newer products have made the Flip obsolete. Smartphones including the iPhone, Android, and Blackberry all have video capabilities, so the question remains, would consumers choose a “one-product-with-a-multitude-of-capabilities” over one product that does one thing, and one thing well? Unfortunately, we will never know.

Joshua Goldman, Senior Editor of Digital Imaging of CNET, wrote, “Flip's disappearance will leave a big hole in the category. Hopefully these manufacturers will continue to innovate these devices instead of letting them die. I asked Kodak reps for a comment on Flip and they said they were surprised by the move given how fast their pocket video camera business was growing. They added that there will always be a role in the market for single-purpose devices as long as camera manufacturers continue to innovate in ways that are meaningful to the consumer.”

I have to wonder, why would Flip send an email to customers 10 days after the public announcement was made? If I, as a marketing expert, had penned the email, I might have offered something special to customers, maybe, a special Flip case that read “Cisco appreciates your Flip support” or a 50% discount on a new Flip (while they are still available) – or a discount on another Cisco product. Cisco seems to have lost sight of the fact that Flip customers really, really like their Flips – and Cisco has done nothing to address customer disappointment. The email fell flat – was their marketing team asleep?

The bottom line is that the Flip was a good product and liked by many, and when good products bite the dust, it’s sad. At least, Cisco said it will provide technical support for Flip video cameras until December 31, 2013. So, fellow Flip users, take lots of video with your Flips!